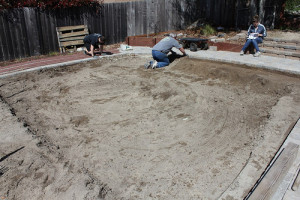 A couple years ago, Jordan's parents bought and remodeled a house with a huge yard.  Well, huge by California standards.  They worked on the house first and have been focusing on the landscaping and yard for the past year or so.  Last year, they bought a playground from Costco and recently began the work to install it. 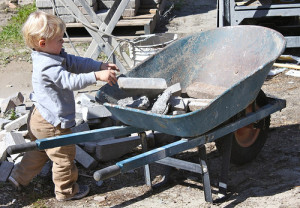 Liam helped out a bit, moving debris, but mainly he does what any two-year-old does, played and explored.  Of course, the adults had to take some breaks to play with him. 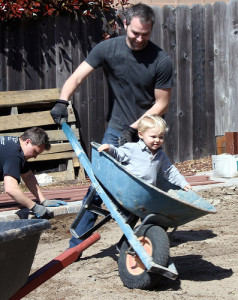 They laid stones around the perimeter and began construction on the playground a couple weeks ago.  The goal was to finish the playground before Oliver's welcome party, which was last weekend.  Liam tried out the swings shortly before the party and the playground was a big hit amoung the eight toddlers and preschoolers who attended the party. 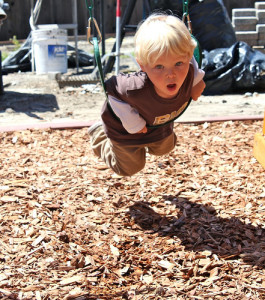